So… I made this adorable ornament for my niece for Christmas: 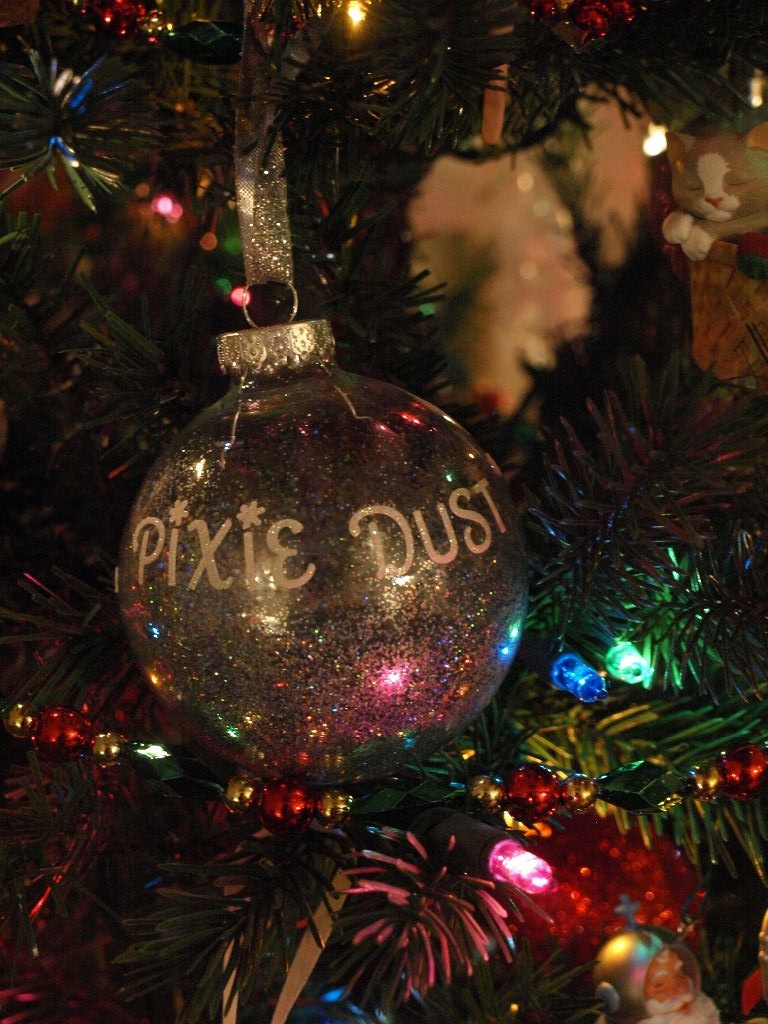 I got the idea from my mom, who saw a pin on pinterest from the Undercover Tourist blog. My niece loves TInker Bell, so it was the perfect ornament for her this Christmas! (Apparently I think TInker Bell is a fun little fairy to do crafts about; earlier this year I made my niece a Tinker Bell canvas!) Anyway, making the ornament was a bit trickier than it should have been, especially since it was meant for kids and I’m obviously not a child, so maybe someone else can learn from my mistakes!

After my butterfly garland, my next project for my niece was to make her a Tinker Bell canvas! I hunted around on google for some ideas, and my favorite was the quote, “All it takes is faith and trust, and a little bit of pixie dust!” But I didn’t just want the quote – I wanted Tink on it too! So I decided to put them together! 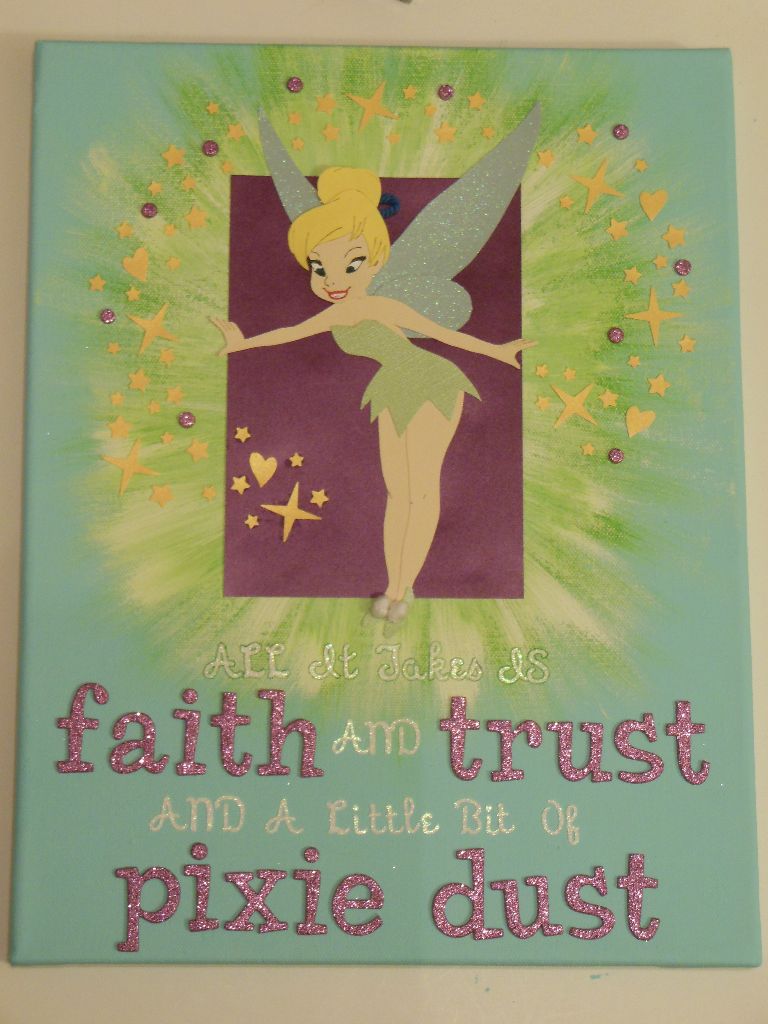 This project took hours, but, like I told my mom, it’s probably the cutest thing I have ever made. Ever. I just love it! I can’t wait to see how happy it makes my neice!!

If I were good at drawing or painting, I would have painted Tinker Bell and the quote onto the canvas… but I’m much better with tracing, cutting, and gluing, so I made my Tinker Bell out of paper! And I also saved myself the stress of stencilling letters by using alphabet stickers for the quote!

Here’s how I did it: 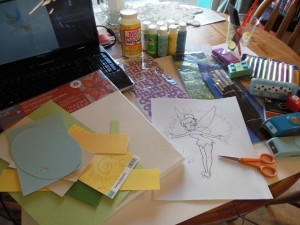 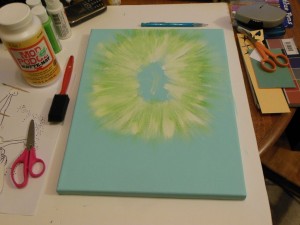 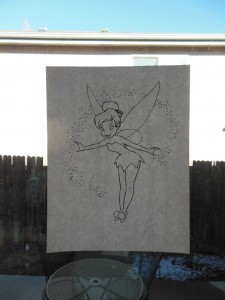 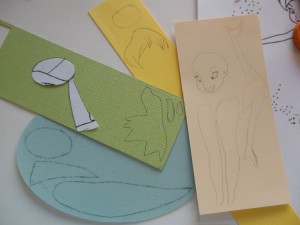 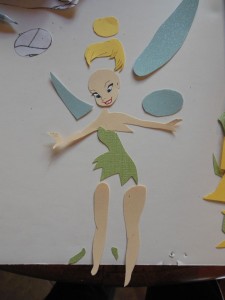 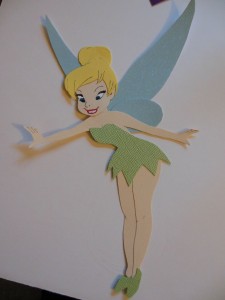 Since I was sticking paper to paper, I mostly used scrapbooking adhesive to stick Tink on her purple background. But I did use a bit of glue in a few places too. Next she was ready for her pixie dust!

I used my shimmery gold paper and my various heart and star paper punches and punched out a BUNCH of stars and hearts. Then I placed them all around Tinker Bell, similiar to the dust pattern in the picture I had traced of Tink. I used elmer’s glue and tweezers to place each tiny star and heart around her.

Step 6: Lay out and stick the letters on the canvas

I had already decided to emphasize “faith”, “trust”, and “pixie dust”, so laying out the quote was fairly easy. Those words got the big purple letters, all others got the little white letters. So I got them ready and started sticking them down on the canvas! Once they were all down though, I realized that my first line of white stickers was disappearing into the white and green burst I’d painted. No problem! I just outlined those stickers in green marker and it was ok again!

And that’s it! Now we have a completed Tinker Bell canvas perfect for my neice’s new bedroom!